May 30, 2019 — Less than 30% of U.S. adults 65 years and older had dental insurance in 2017, according to a new data brief released by the U.S. Centers for Disease Control and Prevention (CDC) on May 29. The research looked at dental insurance status, economic status, and more.

The research, conducted by Ellen Kramarow, PhD, from the National Center for Health Statistics, also found that a patient is less likely to have insurance as they age.

“Adults aged 65-74 were more likely to have dental insurance, to have visited the dentist in the past 12 months, and to have unmet need for dental care due to cost compared with adults over age 75,” Kramarow wrote.

The growth of the U.S. population age 65 and older exceeds that of the total population and the popula­tion younger than 65, according to the 2016 U.S. Census. Regular dental care is recommended for this population, but because Medicare does not cover routine dental care, older adults may have trouble accessing appropriate dental care, she noted.

Kramarow wanted to report on the prevalence of dental insurance among adults 65 and older. Her research used data from the 2017 National Health Interview Survey (NHIS).

“Chronic diseases that may impact oral health and the need for care, such as diabetes and osteoporosis, are common among the older population.”— Ellen Kramarow, PhD

Kramarow noted that as dental care covered through Medicaid varies by state, these variations may not be reflected in the data.

She concluded that dental care is an essential component of healthcare for this population.

“Chronic diseases that may impact oral health and the need for care, such as diabetes and osteoporosis, are common among the older population, and poor oral health may contribute to the risk of certain conditions,” Kramarow wrote.

Dr Tim’s take away: this why I have Rushmore Smiles program.

May 24, 2019 — The percentages of oral health and dentist visits are about the same in the U.S. and England, but what about the rates of opioid prescriptions? Researchers conducted an international study to find out.

Researchers conducted a cross-sectional study of opioid prescriptions by dentists in the U.S. and England over a year. They reported that the proportion of prescriptions written by U.S. dentists was 37 times greater than those written by English dentists. The study was published in JAMA Network Open on May 24.

“The substantial differences observed strongly suggest that opioid prescribing by U.S. dentists is excessive and could be contributing to the opioid epidemic,” wrote the authors, led by Katie Suda, PharmD. Suda is an associate professor of pharmacy systems, outcomes, and policy at the University of Illinois at Chicago College of Pharmacy.

Dentists accounted for 6.4% of all opioid prescriptions in the U.S. in 2012, according to a study in the American Journal of Preventive Medicine (September 2015, Vol 49:3, pp. 409-413). Researchers wondered if the proportion of prescriptions for opioids by dentists was similar in the U.S. and England.

They conducted a cross-sectional study of opioid prescriptions dispensed from outpatient pharmacies and healthcare settings between January 1 and December 31, 2016, by dentists in the U.S. and England.

When the researchers compared which pain management medications were prescribed, they also found differences between U.S. and English dentists:

The study authors noted that the English data were limited to patients receiving medications through the U.K.’s National Health Service. They also stated that patient- and visit-level data were not available, meaning they were unable to determine the appropriateness of prescribing.

However, the researchers concluded that their findings suggested that strategies should be implemented to aid dentists in the judicious prescribing of opioids.

“To see such a difference between two groups of dentists in countries with similar oral health and use of dentists is an indicator that opioid prescribing practices in the U.S. warrant a second look,” Suda noted in a statement released by the University of Illinois at Chicago.

February 7, 2019 — Parents are well aware of the risks associated with opioids, including addiction and overdose. Yet many still believe opioids are more effective at relieving pain after surgery than alternative medications, such as nonsteroidal anti-inflammatory drugs.

The American Society of Anesthesiologists (ASA) surveyed more than a thousand parents of teenagers and young adults to gauge their knowledge and opinions on the use of opioids for pain management. Although parents acknowledged the risks associated with opioids, they often downplayed the dangers for their children.

“The survey results shed light on the country’s conflicted relationship with and understanding of opioids,” ASA President Linda Mason, MD, stated. “While most parents said they were concerned about side effects and risks, such as addiction, improper or recreational use, and overdose, they still thought opioids work best to manage pain.”

The majority of parents were concerned about the risks and side effects associated with opioids, yet almost half believed their children were safe from the perils of addiction. Nearly two-thirds of parents also believed opioids more effectively managed pain following surgery than alternatives, despite research that has proved a combination of NSAIDs can manage pain as well as, or even better than, opioid analgesics.

The ASA noted these findings demonstrate a need to better educate parents about opioid risks and alternatives.

“Opioids may not always be the best option,” Dr. Mason stated. “It really depends on the type of surgery and how long they are required. It is, however, important for parents to know that there are many alternatives available that are as — or more — safe and effective for pain management.” 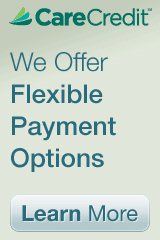